Is Your Wall Cut Out For Indoor Windows and Doors? 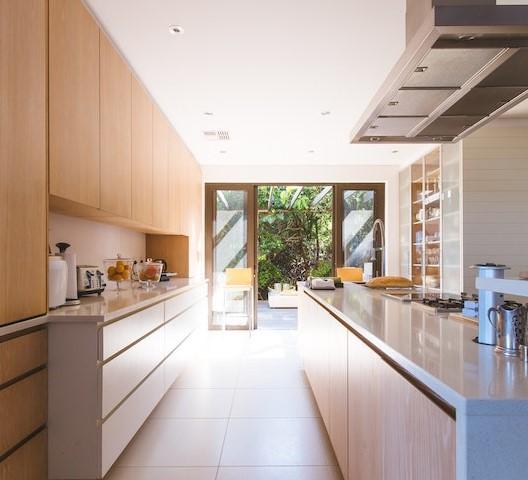 We most often think of windows and doors as connecting the indoors to the outdoors, helping to define the relationship between these two important dimensions of our homes. However, windows and doors can be just as effective in separating or integrating indoor spaces, which can totally transform the vibe of a single room or even an entire floor plan.

In order to play with these compelling interior design elements, you must first learn to play by the rules with walls — and since those walls may or may not be responsible for your home's structural integrity, it's a serious game to play.

Where will a wall cut out work?

There are exceptions to this, of course. For instance, some structural walls run parallel to the floor joists above. Partial walls, which would seemingly be partition walls, may actually be load-bearing (with contrivances such as a sturdy engineered lumber beam spanning the gap). Columns or pillars are also dead giveaways. For peace of mind, it's best to let a professional assess your situation.

Another major observation you want to make before cutting into or knocking out a wall is whether it is housing any utilities. Check for outlets (electrical wiring) and vents (HVAC ducts and pipes), and be cognizant of what's going on immediately above and below that wall. If there's a bathroom, kitchen, or laundry room above your head or below your feet, there is naturally going to be plumbing in that wall. In that case, you will need to reconsider your plans.

How to incorporate indoor windows

Indoor windows are a relatively economical option for lightening up rooms naturally, blocking drafts, and improving sightlines within a floor plan. Most indoor windows are of the fixed (or picture window) variety, which lends a lot of flexibility to shape, size, and application. However, functional windows with sliding or gliding sashes have also been employed by some adventurous homeowners. Trim can be played up for a more rustic or traditional feel, or minimized for a modern touch. Design elements called muntins and stiles divide sashes into more or fewer panes, disrupting the viewing area, so decide if privacy or viewability is your goal (tinted or decorative glass may also factor into this decision).

Some of the more popular ways indoor windows are incorporated are as a horizontal strip running parallel between a partial wall (quarter, half, or three-quarters) and ceiling, or as a vertical cut out in the middle of a wall to see between rooms.

How to incorporate interior doors

Doors are sometimes underappreciated in their interior design influence. Even your common hinged wooden door can pick up a lot of personality with the inclusion of raised or recessed panels. Glass panels, or lites, can give your indoor door the functionality of a window. By featuring doors that fold or slide, you can truly begin to explore some of the more open-concept layouts that have become so popular in contemporary homes. Interior doors and room dividers give you the option of converting a larger space into smaller spaces, or vice versa, breaking it up as you see fit.

Redefining your home, inside and out

Hodges Windows and Doors partners with the world's most reputable suppliers to offer you the home design flexibility you need and quality you can count on, inside and out. Schedule a live appointment at one of our two showroom locations or a virtual appointment with our professional sales staff and see what's possible.