When To Replace Windows: Minor Issues vs. Major Issues 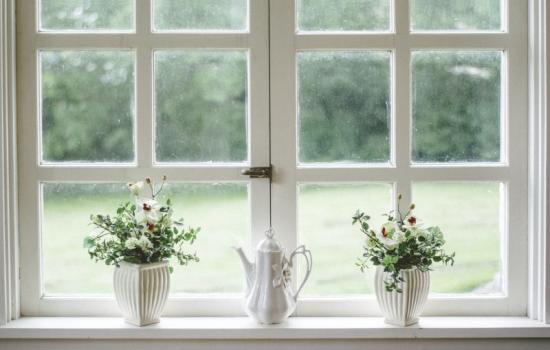 Knowing when to replace windows is not a matter of intuition, but of observation. If by chance you can't detect a problem directly through your senses, a quick glance at your skyrocketing energy bills should be a dead giveaway. In many cases, a partial window replacement can resolve the issue — it may be a matter of a compromised window seal or uncooperative operating hardware. Full frame window replacements should be used as a last resort in the event of loose, soft, or rotting frames (due to pervasive moisture infiltration, mold growth, or pests).

Here are some of the signs you need new windows — or that a key component needs replaced to restore functionality.

The only time you should feel a cool breeze on your skin or warm breeze through your hair is when the window is actually open. Otherwise, your home's heating, ventilation, and air conditioning systems could be working much harder than they should to regulate temperature — and they'll bill much more for it.

Most likely a breach in the window's weatherstripping or seal — this can occur in several places. For example:

It depends on how the air is getting in — if there is a visible gap around the framing to the extent that light is poking through, then it might be time to replace the entire window. Otherwise, it may be something more minor like a sash not snapping into place because of a faulty lock or hardware.

Many times, it's not — window condensation occurs naturally when the air on one side of the window is cooler than the other. It's when fog appears between glazings of a double- or triple-paned window that it could become an issue.

Window seal failure — occasionally due to a manufacturing defect, improper installation, or neglect. But most of the time, time itself is the cause. The air between the glazings expands and contracts as it warms and cools, a phenomenon known as thermal pumping.

Most often, merely replacing the insulating glass unit within the window sash (glass layers with the inert gas fill) will do. Some occasions may call for a sash replacement; extreme circumstances will require full window replacement.

Who wants to wrestle with windows that won't open or shut without a fight? Furthermore, these stubborn specimens are more susceptible to the air and moisture infiltration issues mentioned earlier — because they can't close all the way, won't close all the way, or you don't want to deal with them.

In a single word, friction. Build-up in rails or tracks is the most common source of resistance, followed by defects or damages to the operating mechanisms themselves — rollers, springs, hinges, etc.

With a little cleaning and lubrication, you may not have to replace anything at all. Otherwise, you'll have to order the appropriate replacement window operating hardware to reassert control.

These are all signs of major structural deficiencies within the window's framing. Failure to address these issues can result in further damages to your home.

Water and ultraviolet radiation. As the framing material (usually wood) softens, it becomes more hospitable to the growth of mold and the residency of pests — neither of which is a savory prospect for homeowners.

If you're still wondering about when to replace windows, wonder no more. A full frame window replacement is probably in order.

Other signs you need new windows

Noth all window replacement considerations are practical; sometimes they may be solely aesthetic. In other words, you may simply want new windows because your current windows don't look quite right. If you are the owner of a historical property, for instance, it's vital to have a window style that matches the building's character.

Whatever the reason you may have for window repair, replacement, or renovation, Hodges Windows & Doors is open to finding your solution. Get in touch with us today.