Guide to Double-Hung vs. Casement Windows 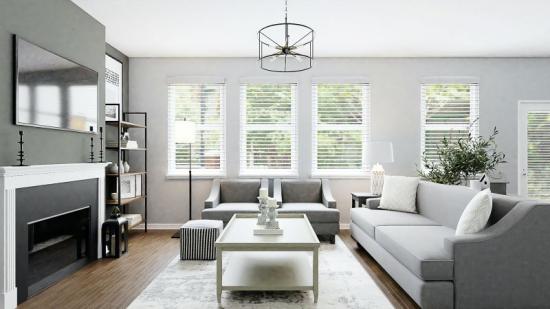 Double-hung windows and casement windows are the most popular window types by far — but is one better versus the other? The answer to that, of course, is "it depends on the situation."

In this month's blog, we'll evaluate each window type in terms of utility, ease of maintenance, energy efficiency, style, and cost.

Among the first considerations regarding whether to choose a double-hung window vs. a casement window where in the room that window is located. Not only do you want a window that offers ventilation, natural lighting, and a good view, you also want a window that is easy to operate in the context of its surroundings.

To refresh your memory:

Another plus of casement windows is increased airflow, since the sashes pull completely away from the window opening. Just be wary of what's immediately outside that window — someone or something could easily bump into those protruding sashes in a highly trafficked area (not an issue with double-hung windows).

This is not even a debate — double-hung windows are by far the easiest to clean and maintain. Each sash tilts inward with a push of a button, making it a breeze to clean both sides of the window panes from exactly where you stand.  Cleaning the outside of casement window panes oftentimes requires actually being outside, and in some cases on a ladder (something to think about if you're inclined to install them on a second story).

Both double-hung windows and casement windows can be very energy efficient, especially when fitted with double-pane or triple-pane glass units (which harbor an insulating inner layer of nonreactive gas) and glazed with a reflective low-e coating (which filters out harmful ultraviolet and infrared light while reflecting radiant heat back towards its source.

Another thing to pay attention to is the potential for air leaks or drafts. Double-hung windows are most vulnerable along the top, while casement windows are most vulnerable along the side. Casement windows latch tightly shut when closed, generally creating an airtight seal. Still, loose or broken mechanicals can compromise that seal and invite in drafts and condensation.

Caulking and weatherstripping is an inexpensive way to maintain a good seal without having to replace a window.

If you are a fan of using window treatments like curtains, blinds, and shades, double-hung windows are more cooperative (no crank to get snagged on).

Generally speaking, double-hung windows cost half as much as casement windows of similar quality, owing to their popularity (driving competing manufacturers to keep prices down) and their less intricate mechanicals.

Find the right window for you with Hodges

Double-hung vs. casement windows — sometimes it's an easy decision, others it's a tough call. If you don't quite know what you're looking for, consider scheduling a visit to one of our showrooms or a virtual appointment with one of our sales representatives. We'd love to help!